If you are one of those people who are looking to vary their routine infusions and deciding whether Yerba Mate vs Coffee is the most convenient and delicious for you, we recommend you try and drink yerba mate. Yerba mate tea, although it is drank in South America, it is the delight of Argentines, and it is becoming increasingly popular in Europe and other countries around the world.

The rise of mate is such that it disputes its preference with coffee and tea, two quite popular drinks as well. The doubt, which must have you confused like all of us who enjoy all these infusions, focuses on which beverage is the best. That is why we have prepared this article focusing on the differences between yerba mate, coffee and tea, so that you can decide which is the most suitable one for you.

Pros and Cons of Yerba Mate, Coffee and Tea

The benefits and contraindications of mate, coffee and tea is a topic mostly discussed by experts in nutrition and health in general. For the experts, each one is as beneficial as it is can be harmful, which has caused confusion and ignorance about these beverages. Before we decide on Yerba Mate Vs Coffee and which one would be best for us, let’s see some of the most outstanding aspects in its consumption.

Ilex Paraguariensis, commonly know as Yerba mate is a prodigious daughter of nature that, thanks to its properties and components, is part of the habits of South Americans. Its high proportion of vitamins, minerals, astringents and antioxidants make it the drink and, sometimes, the only meal of the day, ideal for maintaining health in your body and mind.

With a very peculiar flavor, drinking mate is more than a social act. Scientific studies have shown that it is a very beneficial drink anywhere in the world independent from how its brewed: traditional way or French press. Its consumption provides the necessary nutrients for our development. That is why below we show you in detail the benefits of Yerba Mate that the National Institute of Yerba Mate has investigated.

● Antioxidant: slows aging thanks to its high content of polyphenols, responsible for counteracting the harmful effect of free radicals. Some studies add the traditional way of drinking mate, due to the effect of hot water.

● Provides vitamins and minerals: it contains vitamins A, B, C and E, as well as iron, calcium, potassium, sodium and magnesium. Essential for the proper functioning of DNA, cell renewal, assimilation of fats and proteins.

● Calms the appetite: generates a feeling of satiety, which reduces anxiety and helps control weight. It is recommended in diets for its control since it is an excellent diuretic and purifier that accelerates the metabolism.

● Natural energizer: contains a percentage of caffeine, reffered as mateine, that favors stimulation and concentration. Stimulates neurons, memory and reasoning. It improves physical performance, making it ideal for those who suffer from tiredness and fatigue.

● Prevents infections: according to studies, a high dose of yerba mate extract deactivates the E. Coli bacteria. It can also prevent the growth of Malassezia Furfur, a fungus responsible for flaky skin, dandruff, and rashes.

● Reduces cholesterol levels: according to researchers from the Juan Agustín Maza University of Mendoza, its antioxidant components also help reduce bad cholesterol, which prevents the risk of heart disease.

When is Yerba Mate not recommended?

For Carolina Fuentes, a naturopath at Natural Clinic, it is not recommended after 8 pm because its diuretic effect could disturb sleep (1). Tea Yerba Mate is also not recommended in people with gastric problems, due to its laxative effect and because it can intensify pain. Due to its energizing effect, medical advice does not recommended for children under the age of eight.

Coffee is the most widely consumed beverage in the world with all kinds of bouquet. Its consumption is recommended so that we keep our energy and attention alert, but it has other health benefits. That is why we show you below just some of them:

● Reduces the risk of heart attacks: According to Peter Martin, director of Coffee Studies at Vanderbilt University, caffeine raises blood pressure but does not help develop cardiovascular disease.

● Combat depression: according to a Harvard University study, caffeine has an effect on reducing depression and its moderate consumption can significantly reduce the chances of suicide.

When is coffee not recommended?

It is not recommended to consume in large doses because it can cause insomnia and mental fatigue as it increases brain chemistry. If you consume it on an empty stomach, the production of acids is triggered, which will cause you mild discomfort in the short term, but very serious over time.

The legendary Chinese infusion has become popular around the world thanks to its positive effects in restoring vitality to the body. Its benefits have been postulated by countless scientific studies, but here we show you only the three most important ones:

● Protects the immune system: thanks to the high amount of flavonoids and H vitamins that help the body’s defenses and prevent cell damage.

● It has antioxidants: it has vitamins, minerals and fibers that delay the aging process because they safeguard cells and tissues against free radicals.

● Provides hydration: thanks to its percentage of water and energizing components, it contributes to good hydration so that our body works properly.

When is Tea not recommended?

According to studies from the University of Vermont and the University of Buffalo, it is not recommended to consume it if we are hypersensitive to caffeine and suffer from anxiety, insomnia, stress and fatigue. Side effects of Its continued consumption can cause dizziness and headache.

Caffeine in Yerba Mate vs Coffee

Yerba Mate has more caffeine than coffee and tea. Brewed in the traditional way, 50 grams of mate and 500 ml of water will contain around 200 milligrams of caffeine. That’s double than the amount of caffeine in a cup of coffee, which is 100 mg of caffeine. Green tea has a much lower caffeine content at 28 mg per cup. Yerba Mate will give you the highest energy boost.

So, is Yerba Mate healthier than Coffee?

Each beverage has its particularity and taste. It will be up to you which one you choose for your well-being and health. We prefer to follow the results of the cited scientific investigations, and we recommend that you drink mate tea. Its contraindications are less impressive than the rest of the drinks, and the benefits it brings to our body and growth are more.

Mate drinkers recognise and can affirm the positive changes that he has experienced since he took the drink as a habit: energy, harmony, tranquility, balance and vitality. If you still have your doubts about one of the world’s popular drinks, we advise you to read the five reasons we have to encourage you to include yerba mate in your diet.

Yerba Mate: 5 Reasons Why you Should Start drinking it

It has xanthines, a compound that stimulates the nervous system, and caffeine. People who suffer from fatigue and tiredness can take it with confidence and will see that not only vitality changes, but also brain activity, awareness, stimulation and concentration.

Due to its vitamins, minerals, antioxidants, iron and carbohydrate absorption capacity, this drink promotes metabolism. Mate tea can strengthen the muscles and creates resistance to certain injuries and impacts that affect your body when you train. Its action on metabolism is also reflected in the control of your weight and can help weight loss.

Also found in Yerba Mate are saponins, natural compounds that have anti–inflammatory properties.

Another of the benefits of drinking yerba mate is that it prevents fat from accumulating in your body. This favors the good condition of the arteries, which keeps this area of the body balanced and healthy. It is a good stimulant of heart movements because it does not increase blood pressure or promote the development of cardiovascular diseases.

Unlike coffee and tea, you can drink mate regularly. By doing so, you prevent oxidation and cellular wear, which delays aging. Its large amount of antioxidants and its absorption of carbon much faster than other drinks, help you to stay young, healthy and dynamic.

Drinking mate is not just sharing a “mate round” with friends or family, it is also providing your body, mind and spirit with everything that is necessary and beneficial to be healthier every day. That is why we invite you to taste and drink this South American elixir. To start, enter our shop and choose the best mate set to drink in company or alone. 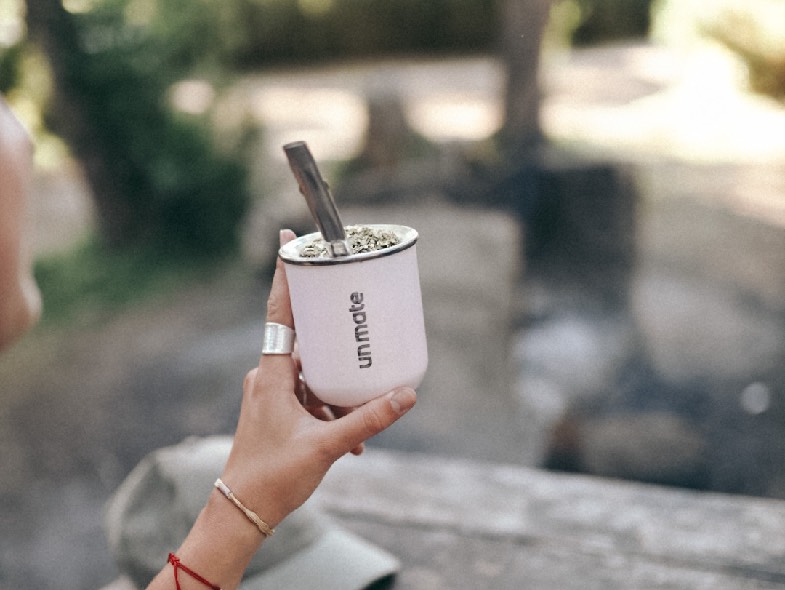 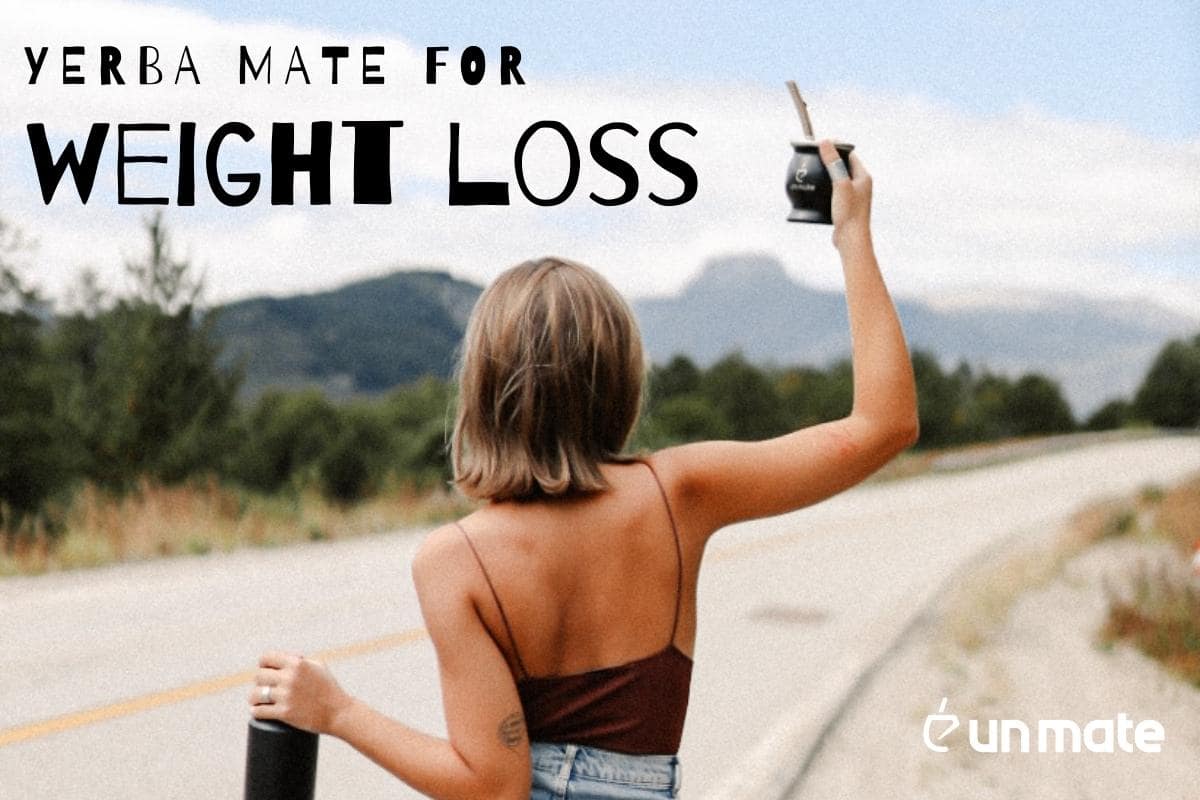