Free shipping in Europe on orders over EUR 70.

by Un Mate
in Uncategorized 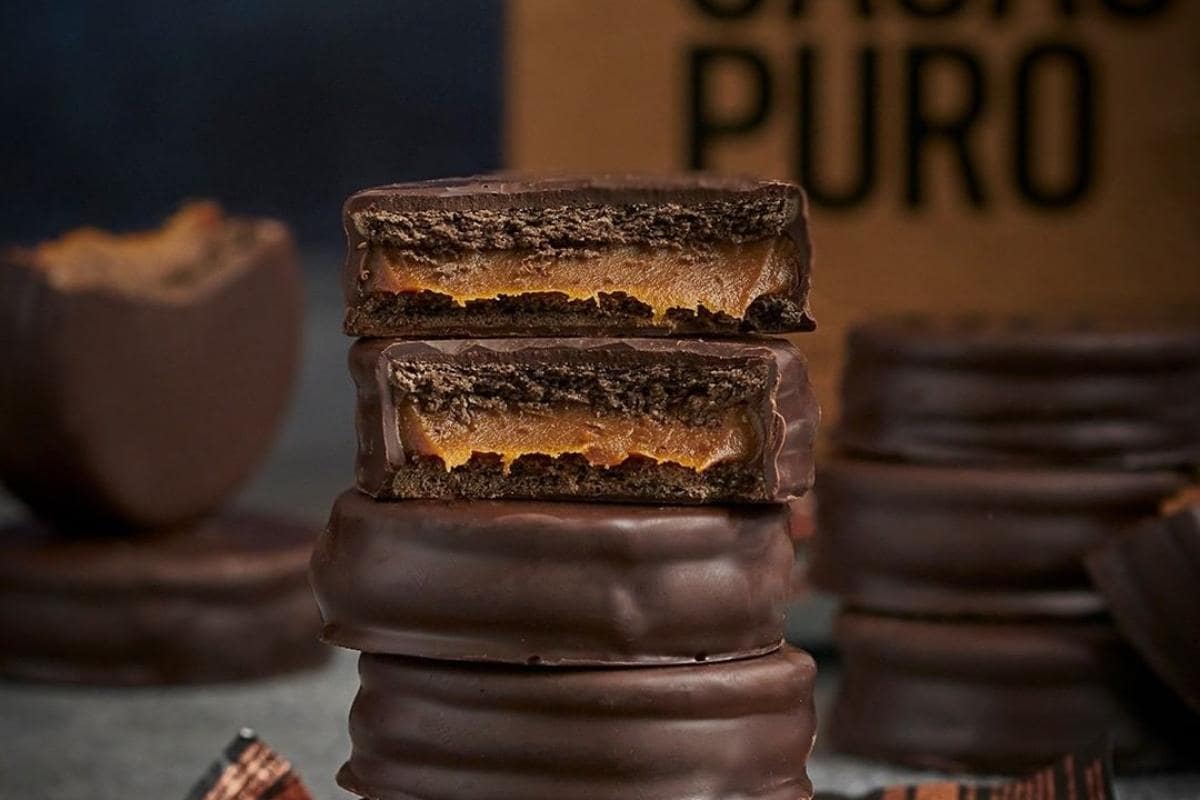 Alfajores are an exquisite delicacy that Argentines have made popular. Despite having spread throughout South America and having variants in its manufacture depending on the Latin country, it has been Argentina that has assumed it as its own and has given it a unique and special voice with its dulce de leche filling, its glaze of chocolate and types of dough.

On this occasion we wanted to dedicate a few lines to the history, types and preparation of this dessert, because it continues to be an economical snack to consume, and delicious for any exquisite palate. If you are looking for something peculiar and sweet to enjoy, we recommend you read this short article so that you do not hesitate any longer to know what your favorite dessert is.

What is an alfajor?

Extraordinary sweet dessert made up of two soft biscuits that are joined by a sweet filling. It is widely accepted in Argentina to the point of being considered an indigenous delicacy of the gaucho culture. In fact, the dulce de leche filling version that is very popular in Latin America is considered an Argentine invention.

In this country, this variety of alfajor is the most common and consumed form, but there are also other types of fillings.

Where are alfajores from?

The origin of the alfajores is based on the Arab culture Al Ándalus, where a similar dessert was made based on small cookies or wafers. It spread in America during the colonial period thanks to the popularity it enjoyed in Spain, as this made it easier for it to arrive through the ships that were heading to our continent. There is reference that Venezuela and Peru would be among the countries to which they arrived with Spanish troops.

Its relationship with Spain is so direct that it has its antecedent in the Andalusian alfajores, made by hand as a delicate dough of honey, almonds, ground bread, cinnamon, cloves and matalahúva, and whose pieces are sprinkled with powdered sugar. The name alfajor derives from “al-hasú”, which in Arabic means “stuffed”, and although it spread throughout South America, it was in Argentina where it achieved great fame and popularity.

The alfajor in the present

Statistics have shown that in Argentina more than 6 million alfajores are consumed in one day. Renowned chefs and researchers of local gastronomy affirm that the version of the alfajor with dulce de leche, as well as the sandwich form of this dessert, is an Argentine invention. Its popularity in this country has made it vary in its ingredients and has a massive commercialization that has given it internationality.

Depending on the Argentine region, we can find a variant of the alfajor. Among those that we can mention the ones coming from Cordoba, stuffed with sweet fruit and especially quince; the Santafecino, made with 3 puff pastry cookies and filled with a lot of dulce de leche and icing; finally, the Tucumano, made with crispy cookies as tapas and stuffed with sweet cane honey. Cornstarch alfajores are also popular.

Most popular brand of Alfajores

Its high level of consumption in the country gave rise to its industrialization through brands. The Havanna brand plays an important role, as it was one of those that started a massive production of the alfajor. Currently it is the preferred brand by tourists and Argentines, thanks to its delicate biscuit with a certain almond flavor, its smooth filling of dulce de leche and its spectacular covering of white and dark chocolate.

How to prepare alfajores

There are various recipes that explain how to prepare an alfajor. The most common, due to its artisanal nature, is the cornstarch-based alfajor filled with dulce de leche. However, remember that the filling can vary to quince or certain types of seasonal fruit jam. In case you are outside of Argentina, you can fill them with arequipe, which is similar to dulce de leche, or make the dough out of chocolate and other ingredients.

Why are Argentinian alfajores so popular?

The variety of flavors and textures such as that offered by the Havanna brand alfajores shows the delicacy of this dessert and the importance it has for Argentines and Latin Americans in general. It is impossible to refuse to eat even one in a snack or to calm the craving to eat something special. They are popular because they are simply delicious.

Previous What is dulce de leche and why You should try it? Next Yerba Mate or Matcha Tea? Which one to choose?

0 Comments for “What are Alfajores?”